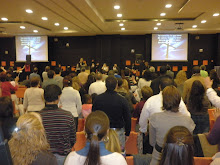 CFC or Family Christian Center is part of the Assemblies of God of Spain and pastored by Daniel and Liliana Palma.  They planted the church in Granada, a large city with a large Muslim and Catholic population, with the goal to change the city.  We were honored to work with them in 1999-2000 when we first went to Spain.  They have had a vision to grow the church through educating and preparing leaders so that once a group is going strong they have leaders ready to pastor those people.  Being part of a Bible Institute and really training up leaders they now have churches in the Providences of Granada and Almeria in Andelucia, Southern Spain.  There are churches going strong but in raising up so many leaders and sending them out, they need more leaders in the heart of the ministry, Granada.

We will have the opportunity to help rebuild the ministry center and help support them as they continue to plant new churches and train new leaders.  We are excited to see what God is going to do in the heart of Granada and throughout the whole of Southern Spain.  We are also praying as they are readying a new church plant and we will have the awesome task of pastor once again.  We are already much in prayer for God’s hand to not only raise up more leaders but to also give us opportunities to minister and plant another church.

CFC is also working with a church plant in Sierra Leone, Africa and we look forward to being able to help in Africa as well!

Project Family Association, is a program based on strong Christian values that has a desire to help educate and orientate each different member of the household or family, offering programs that seek the development of the individual, especially children and youth, promoting their integration into their social environment. Project Family Association is an association of non-political, professing evangelical Christian ideals, nonprofit volunteers who have established a center for meeting the needs of their community and providing activities to better serve those around them.

As well as offering these aides to the community:

The area of Southern Spain sees many refugees and immigrants from North Africa fleeing persecution, famine and war.  APF focuses not only on the community around them but on these immigrants as well, offering help learning the language and learning how to read to learn to cope better in their new home, as well as programs to help families come together and get through such life changing changes.  We look forward to helping in any and all areas.  God has so designed this that if you will read our bios in the “Get to know the Francis Family” you will see that Karen was trained and worked as an Early Intervention Therapist and Jeremy as a counselor to troubled teens and their families.  We also have had a HUGE desire to teach English and music classes for several years now and have had the chance to start practicing that in our own home with our boys and others while in Mexico.  God just knows how to put the puzzle together! 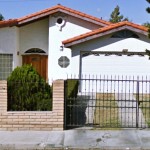 La Casa means “The House” in Spanish.  Our home is more than just a building, we use it as a place of peace and a refuge for people who are involved in our ministry.  It has always been our dream and goal to use our home as a place of ministry for students, groups and basically anyone who seeks peace and comfort.  Over the years the doors of La Casa have been open to anyone and many students and short term missionaries have called La Casa their home in Mexico and in the fall of 2010 we opened our doors for five young students to live with us on a long term basis.  It has always been a goal to provide not only a home but a mentoring relationship, guidance and support for young people in this way.

This will not change when we move to Spain.  We are already praying that God will allow us the privilege to open our home again.  Though it will be smaller and most likely an apartment, will welcome the blessings that come from opening your home to a young person.  We hope that we will continue to be able to minister in this special way, as well as expand to open our home or other homes to more young people in the near future.

La Casa is more than a place but it is active ministry and some of the areas that we cover are:

One of our newest projects is what we are calling the Malachi Project.  The Prophet Malachi stated that God through Jesus would turn the hearts of the fathers to their children and the hearts of the children to their father.  So many families are living separate lives even thought they live under the same roof, and there are many children living without a father even though their father still lives in the same house with them.

Many fathers never had a good example of a father to base their lives on and at times find it hard to relate to their own children.  Other young fathers may just be overwhelmed by their responsibilities and have no idea where to turn, and so they turn inside of themselves and withdraw or they look outside of their home and get into a ton of trouble.

The Malachi Project isn’t just for fathers but is designed to offer tools and support to help fathers turn their hearts back to their families and restore or strengthen their relationships with their children and their wives.